The Legend of Centipede Lake 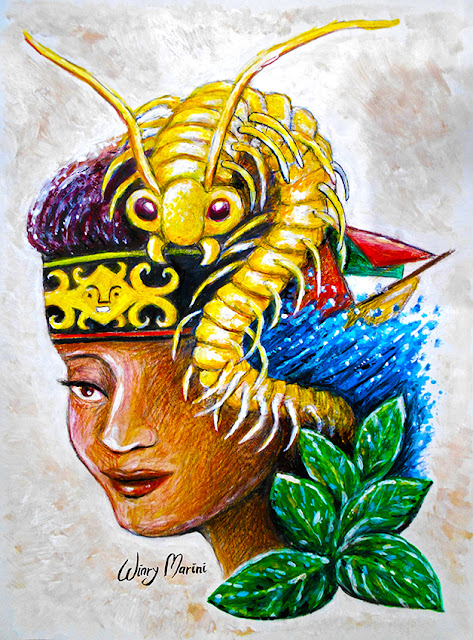 A long time ago, in a kingdom near the sea, lived a beautiful princess named Putri Aji Berdarah Putih. ‘Darah Putih’ means White Blood. Many men fell in love with her. Her beauty made a foreign king came to propose her.

The Princess tested the king by asked him for a dinner together. The king agreed to join the dinner. At night, they met at a cozy dining room. They sat on a luxury chairs and started to converse. After that, they ate the dinner. The Princess went shocked when she saw the king ate directly using his mouth without use his hands.

Because of the King behavior, the Princess felt so disgusted and mad. After the dinner, the King boldly proposed her.

The Princess refused his proposal.

“Sir, what a shamed if I married with a man who eat directly with his mouth like a dog!”

The King felt very insulted by the Princess’ refusal.  He went back to his ship in anger.

The King didn’t go back to his kingdom, instead he planned with his soldiers to destroy the Kingdom of Putri Aji Berdarah Putih for revenge.

The war between the king with his troops and Putri Aji berdarah Putih began. It turned out that the Princess' Kingdom wasn’t strong enough to defeat the King’s soldiers.

The Princess knew that her Kingdom was in danger.

Immediately she chewed the betel and said, “My betel residual will become big centipedes to beat them!”

And then, the betel was ejected from her mouth. Instantly, the residual of the betel turned into giant centipedes. They attacked the king’s soldier one by one.

The King;s ship finally sank into the sea. The location where ship sank became shallow and transformed into a vast land. Now it is known as The Centipede Lake. (*)