The Legend of the Seven-Headed Snake 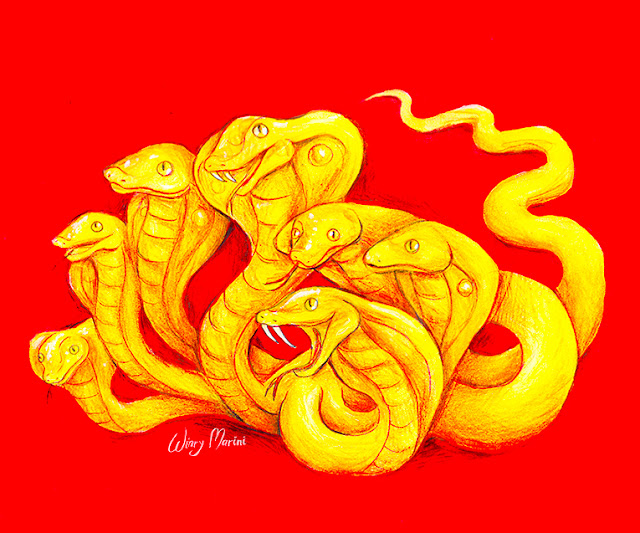 THE people of Kutei Rukam Kingdom in Lebong, Bengkulu, were happy. The Crown Prince Gajah Meram would marry a princess from Suka Negeri Kingdom. King Bikau Bermano asked his people to prepare a great party.

The young man he meant was the king's youngest son. His name was Prince Gajah Merik. He was also the student of the holy man. The king was very touched when the Prince Gajah Merik was willing to find his older brother and his brother's wife.

And finally he was face-to-face with the snake king. He was a seven-headed snake. He was very angry!

"Hey, you human! Why did you kill all my soldiers?" asked the snake king.

"They tried to stop me. I want to free my older brother and his wife."

"I will free them. But you have to do two things. First you have to make my dead soldiers live again. And second, you have to beat me of course. Hahaha."

With his power, Gajah Merik touched the dead snakes. Amazingly, they lived again. Then, the prince and the snake king were fighting.