The Legend of Pesut Mahakam 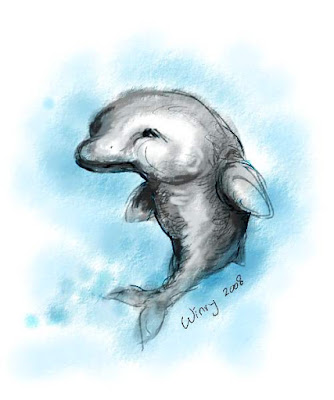 A long time ago, there was a village in East Kalimantan. The village was near the Mahakam River. The villagers always worked hard. Although they were poor, they were very happy. They also helped each other.

In the village, there was a rich family. The head of the family was Pak Pesut. Everybody knew Pak Pesut. He was known not because of his wealth, but because his stinginess. He did not like to help others. His family always ignored people. That’s why Pak Pesut’s family always lived alone and never mingled with others.

It was a very long dry season. All the rice fields could not get water properly. The villagers could not harvest the rice.

Therefore, all villagers were planning to leave their village and find other place to stay. Then they sent some young men to look for a place that had enough water for their rice fields.

After several weeks looked for a new place, finally those young men arrived. They brought good news. There was a waterfall and it was enough to water their rice fields. Later, all the villagers rushed to the new place. Some villagers went to Pak Pesut’s house to inform about the waterfall. Although Pak Pesut was stingy, the villagers did not hate him.

“I’m not going with you! I will stay here. I have enough rice for my family.

The villagers knew it was useless to ask Pak Pesut to join them. So, they all left him and his family alone in the village. When they arrived at the new place, they all were very happy. They had enough water from the waterfall.

In the mean time, Pak Pesut and his family were beginning to worry. Their rice slowly was gone. Soon they would not have enough rice to eat.

It was in the morning when Pak Pesut’s wife was cooking their last portion of rice. Suddenly, someone knocked the door. A beggar came to his house.

“Go out! I don’t have enough rice,” said Pak Pesut. He was lying.

“Please mercy me. I’m so hungry. Give me a little rice please,” asked the beggar.

Pak Pesut immediately asked his family to eat the rice. He was worried the beggar would enter his house and stole the rice.

“But the rice is still in the cooking pot. Mother is still cooking it. If we eat the rice, it will be very hot,” said his son.

“I don’t care! If you all don’t eat now, you will never eat again,” said Pak Pesut.

Later, Pak Pesut and his family ate the rice. It was very hot. They needed water to drink. They rushed to Mahakam River. It was so hot that they finally jumped to the river.

The beggar saw the incident. He then prayed to God. Amazingly, Pak Pesut family slowly changed into fish. The fish looked like dolphin. Since then, everybody named the fish as Pesut. *** 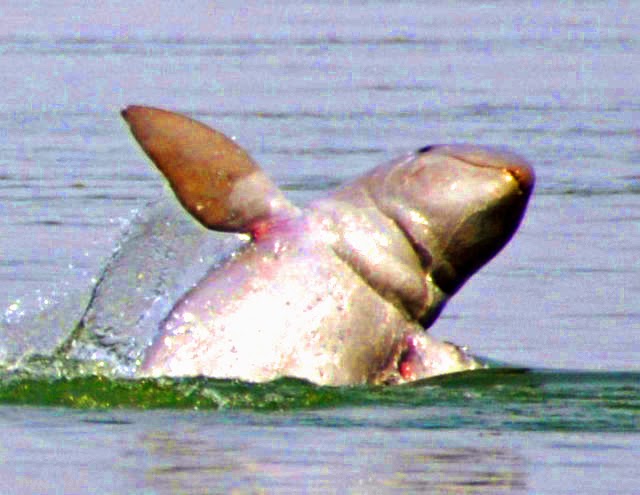 Pesut Mahakam or The Irrawaddy dolphin (Orcaella brevirostris) is a euryhaline species of oceanic dolphin found in discontinuous subpopulations near sea coasts and in estuaries and rivers in parts of the Bay of Bengal and Southeast Asia. (wikipedia.org)